1. The driver of a vehicle which has to give way to another, must not start or continue to move or manoeuvre, nor restart, until it is certain that the driver of the vehicle with priority is not forced to abruptly change direction or speed and sufficient advance indication is given to the priority vehicle of concession including a gradual speed reduction. 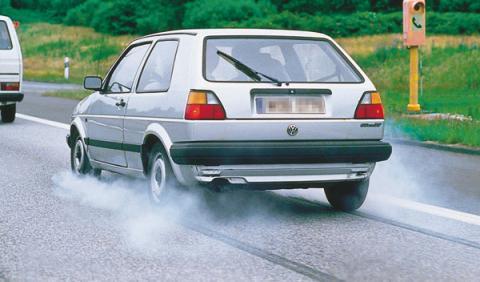 In the case of vehicles approaching a roundabout travelling at a very high speed, braking sharply just before reaching it and causing a vehicle moving in an inside lane to stop for fear of a collision, the driver of the vehicle that did not reduce speed when approaching the roundabout will be sanctioned for a serious offence as follows;

“Not demonstrating sufficiently in advance due to the manner of driving, especially with the need for gradual reduction of speed, the intention to give way at an intersection”

Remember that speed at roundabouts, as a general rule, is limited to 40 kilometres per hour.

2. Not withstanding the rules set out in this chapter which regulate traffic priority, rules provided in previous sections should also be taken into account where appropriate.

3. Infringement of rules relating to traffic priority will be considered serious as set out in Article 65.4.c of the articulated text.

Home » SECTION II ABOUT THE MOVEMENT OF VEHICLES » CHAPTER III PASSAGE PRIORITY » SECTION 1 NORMAL PRIORITIES AT INTERSECTIONS » Article 58 General rules
a
← Article 57 Intersections without signs ← Article 59 Intersections
Manage Cookie Consent
To provide the best experiences, we use technologies like cookies to store and/or access device information. Personal data will be used for personalization of ads and that cookies may be used for personalized and non-personalized advertising. Consenting to these technologies will allow us to process data such as browsing behaviour or unique IDs on this site. Not consenting or withdrawing consent, may adversely affect certain features and functions.