1. Before starting to overtake another vehicle in a movement that requires the driver to move sideways, the driver who intends to overtake must warn others in advance with the mandatory signals and check that there is enough free space in the lane they intend to use for overtaking for the manoeuvre to not endanger or obstruct those who are moving in the opposite direction, taking into account their own speed and that of the other affected users. Otherwise, they must refrain from doing it (article 33.1 of the articulated text).

There are drivers that use their indicators just at the time of overtaking or after having started the manoeuvre. The indicators must be used before carrying out the manoeuvre to inform the vehicles behind and in front of the manoeuvre you intend to make, and thus avoid a possibly dangerous situation, since if for example you are driving behind a heavy vehicle and do not indicate the manoeuvre or indicate it once started, it could be the case that the vehicle behind you has already started a manoeuvre which could end up in an collision.

That is why we must always signal the manoeuvre, wait a few seconds and start doing it.

No driver should overtake several vehicles if they are not completely certain that, when another vehicle is coming in the opposite direction, they may deviate to the right side without causing damage or putting any of the vehicles ahead in danger.

If you are going to overtake several vehicles at the same time, always keep in mind that at any time another vehicle may come in front and there must be enough space to be able to return to our lane. Sometimes there is a “false sense of security” when we overtake a truck with a trailer and halfway through the manoeuvre we realise that due to the dimensions of the convoy we will not be able to do it  safely, so we will have to stop and hold back from doing the manoeuvre.

On roads with a double direction of traffic and three lanes separated by discontinuous longitudinal marks, overtaking can only be carried out when the drivers travelling in the opposite direction have not occupied the central lane to overtake in turn.

2. The driver must also make sure that the driver of the preceding vehicle in the same lane has not indicated its purpose of travelling to the same side; in this case, preference must be respected. However, if after a reasonable time the driver of the aforementioned vehicle does not exercise their priority, the overtaking manoeuvre may be initiated, warning them previously with acoustic or optical signal (article 33.2 of the articulated text). 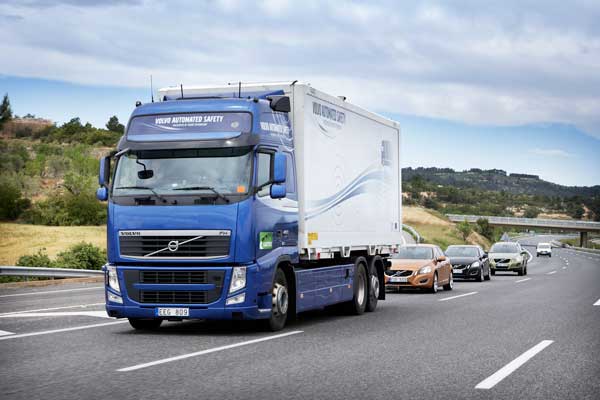 It is allowed that several vehicles can perform an overtaking manoeuvre at the same time. The first one to action the indicator will have the priority to start the manoeuvre.

Both the overtaking start manoeuvre (left indicator) and the end one (right indicator) must be signalled and not using them is a reason for sanction, this violation being one of the most sanctioned since drivers do not always signal their return to the lane after overtaking.

The use of the horn or lights is authorised to warn the driver ahead that we are going to overtake.

It is prohibited, in any case, to overtake vehicles that are already overtaking another if the driver of the third vehicle has to invade the part of the road reserved for traffic in the opposite direction. 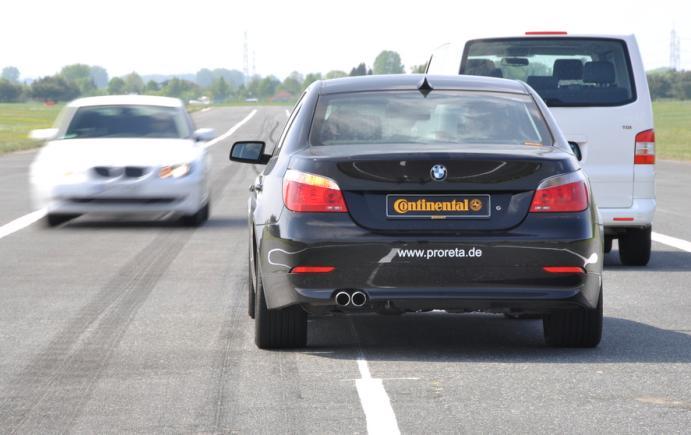 3. Likewise, the driver must ensure that no driver who follows them in the same lane has started the manoeuvre to overtake their vehicle, and that they have enough space to return to their lane when they have finished overtaking (article 33.3 of the articulated text).

4. The mandatory signals that the driver must use before starting their lateral movement will be those prescribed in article 109.

5. For the purposes of this article, cyclists travelling in groups do not apply to the theory of overtaking (article 33.4 of the articulated text).

6. Infringements of the rules of these requirements will be considered a serious matter, as foreseen in article 65.4.c) of the articulated text. Please note that the reference to article 65.4.c) must be understood as made to article 65.4.a), as established in the third final provision of this Regulation, introduced by section ten of the single article of the R.D. 965/2006, of September 1, by which the General Regulation of Circulation is modified, approved by R.D. 1428/2003, of November 21 (“B.O.E.” September 5).

Home » SECTION II ABOUT THE MOVEMENT OF VEHICLES » CHAPTER VII OVERTAKING » SECTION 2 GENERAL RULES OF OVERTAKING » Article 84 Obligations of the driver who overtakes before starting the manoeuvre
a
← SECTION 2 GENERAL RULES OF OVERTAKING ← SECTION 3 OVERTAKING TECHNIQUE
Manage Cookie Consent
To provide the best experiences, we use technologies like cookies to store and/or access device information. Personal data will be used for personalization of ads and that cookies may be used for personalized and non-personalized advertising. Consenting to these technologies will allow us to process data such as browsing behaviour or unique IDs on this site. Not consenting or withdrawing consent, may adversely affect certain features and functions.