1. The animals referred to in the previous article must be guided, at least, by a person over 18-years-of-age, capable of mastering them at all times, which will observe, in addition to the rules established for drivers of vehicles that may be affected, the following guidelines:

A) They should not invade the pedestrian zone.

B) Draft cargo or saddle animals or loose cattle should move on the right side shoulder, and if they have to use the road, they will approach as close as possible to the right edge of it; by exception, it is permitted to drive only one of these animals on the left side, if reasons of greater security so advise. 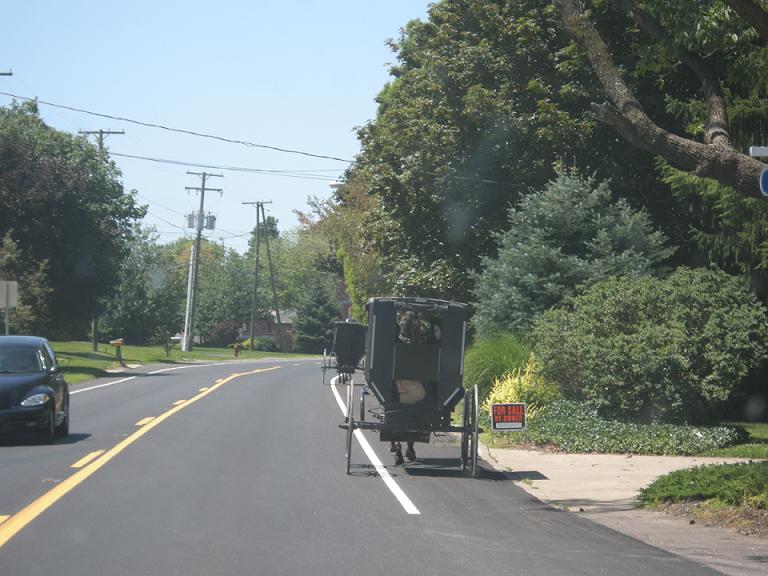 C) Animals driven in herds will cross as close as possible to the right edge of the road and so that they never occupy more than the right half of the road, divided into groups of moderate length, each of which should be with at least one accompanying person and sufficiently spaced out to interrupt movement as little as possible; in the case that they encounter other cattle that travel in the opposite direction, their guides will ensure that the crossing is made as quickly as possible and in areas of sufficient visibility, and, if circumstantially this could not have been achieved, they will take precise precautions so that the drivers of the vehicles that eventually approach can stop or reduce the speed in time.

D) They will only cross the roads through authorised and marked passageways or other places that meet the necessary safety conditions. 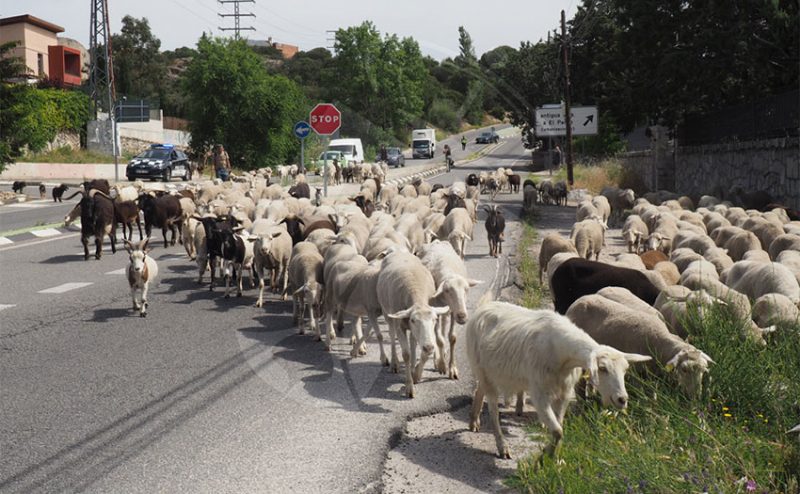 E) If moving at night on an insufficiently lit road or under meteorological or environmental conditions that significantly reduce visibility, their driver or drivers will have the necessary number of lights to specify their location and dimensions on the side closest to the centre of the road. The lights should be white or yellow at the front, and red at the back, and, where appropriate, they may constitute a single set.

F) In constrictions, intersections and other cases in which the respective trajectories intersect or cut off, priority should be given to vehicles, except in the cases contemplated in Article 66.

2. It is forbidden to leave animals without supervision on any type of road or in its vicinity, provided that there is a possibility that they may cross the road.

The responsibility for the custody of the animals rests exclusively with the owner, and the corresponding responsibilities deriving from the damages caused by them in the event of an incident, for not having properly watched and cared for them.

In the first photo, we can see some horses that escaped from a farm covering several kilometres until the police intercepted them.

In the second photo, you can see how the horses from a farm, have gone to the road to graze, which is dangerous. In these cases the owner must fence the farm where they are to avoid them escaping. Both photographs show negligent behaviour in the care of the animals, which can lead to an incident and corresponding civil or criminal liabilities against the owner of the animals.

Home » SECTION III OTHER RULES OF MOVEMENT » CHAPTER V MOVEMENT OF ANIMALS » Article 127 Special rules
a
← Article 126 General rules ← Article 128 Rules relating to motorways (autopistas y autovías)
Manage Cookie Consent
To provide the best experiences, we use technologies like cookies to store and/or access device information. Personal data will be used for personalization of ads and that cookies may be used for personalized and non-personalized advertising. Consenting to these technologies will allow us to process data such as browsing behaviour or unique IDs on this site. Not consenting or withdrawing consent, may adversely affect certain features and functions.