The signs of restriction of passage, for those who face them in the direction of their movement and from where they are located, prohibit or limit the access of vehicles in the following way:

R-200. Prohibition of passing without stopping. It indicates the place where stopping is mandatory due to the proximity, according to the inscription it contains, of a customs officer, police officer, toll or other post, and that behind them mechanical stopping methods may be used. In any case, the driver thus stopped may not resume movement until they have fulfilled the prescription established by the signal. 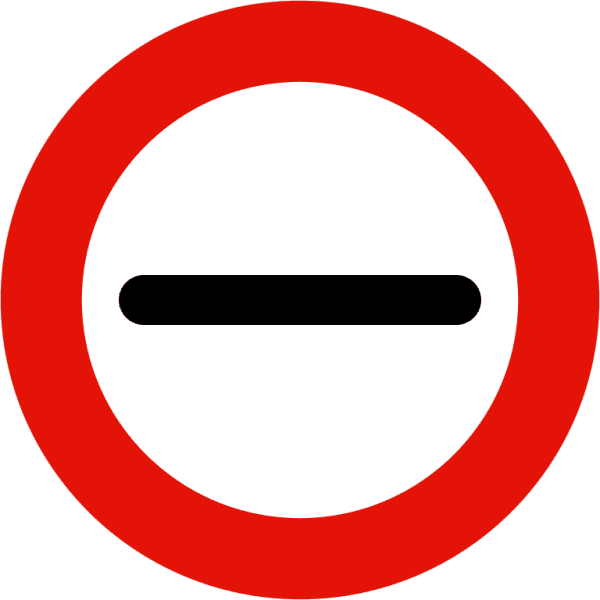 When you see this sign you must stop the vehicle when you reach the tollgate, police control, etc, without waiting for any other signal to stop the vehicle. Passing without stopping the vehicle is a reason for minor infringement.

R-201. Mass limitation. Prohibition of passage of vehicles whose load mass exceeds that indicated in tons. 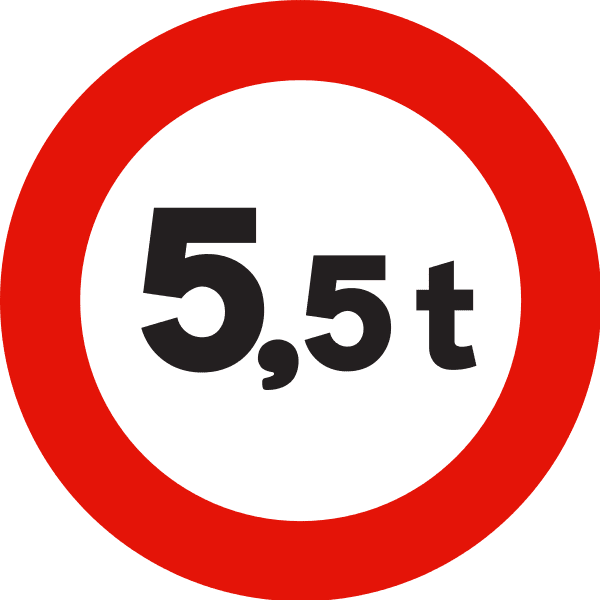 R-202. Mass per axle limitation. Prohibition of passage to vehicles whose mass per axle transmitted by all the wheels coupled to some axis exceeds that indicated in the sign. 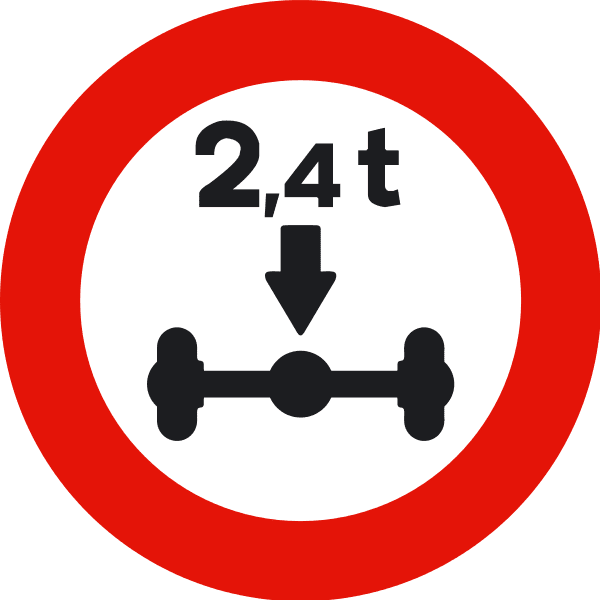 R-203. Length limitation. Prohibition of the passage of vehicles or groups of vehicles whose maximum length, including the load, exceeds the indicated one. 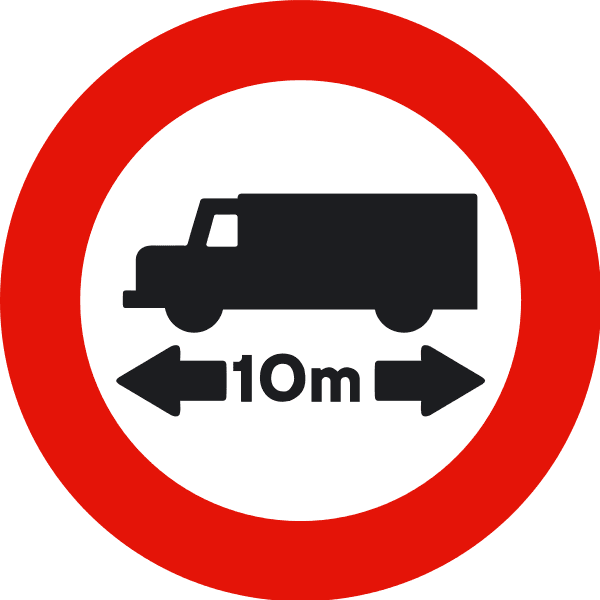 R-204. Width limitation. Prohibition of the passage of vehicles whose maximum width, including the load, exceeds the indicated one. 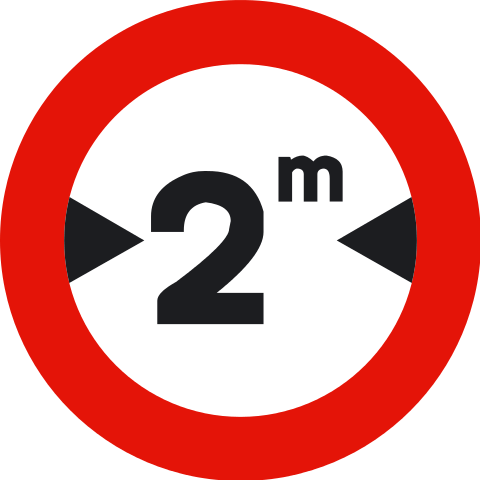 R-205. Height limitation. Prohibition of the passage of vehicles whose maximum height, including the load, exceeds that indicated. 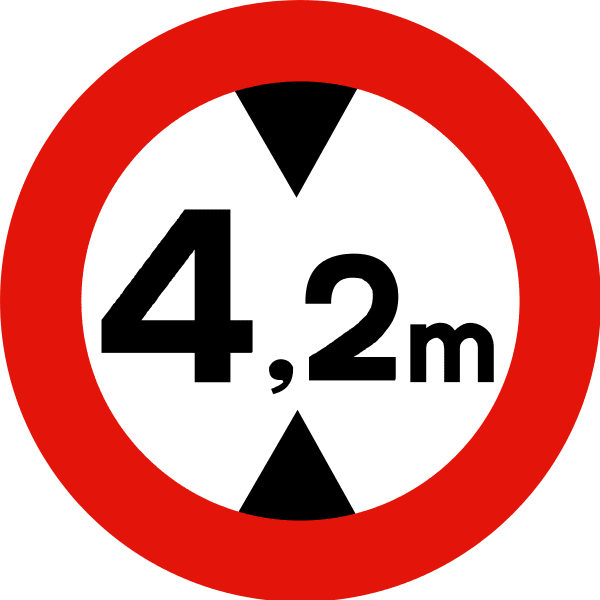 Home » SECTION IV SIGNAGE » CHAPTER VI TYPES AND MEANINGS OF ROAD SIGNS AND ROAD MARKINGS » SECTION 4 VERTICAL TRAFFIC SIGNS » Subsection 2 Regulatory signals » Article 153 Restriction of passage signs
a
← Article 152 Signs of prohibition of entry ← Article 154 Other signs of prohibition or restriction
Manage Cookie Consent
To provide the best experiences, we use technologies like cookies to store and/or access device information. Personal data will be used for personalization of ads and that cookies may be used for personalized and non-personalized advertising. Consenting to these technologies will allow us to process data such as browsing behaviour or unique IDs on this site. Not consenting or withdrawing consent, may adversely affect certain features and functions.