Generally, if their route is blocked, drivers have priority over pedestrians and animals on roads and hard shoulders except in the cases detailed in articles 65 and 66, where they should let them through, stopping if necessary.

Cyclists have priority over motor vehicles:

A) when they are in a bicycle lane, a cycle crossing, or a properly signposted hard shoulder.

When crossing the road, we must differentiate between a pedestrian and cyclist crossing. In pedestrian crossings, cyclists must dismount to cross the road, pushing the bike while doing so. At cycle crossings, however, cyclists can cross without dismounting because the crossings are designed for the purpose. 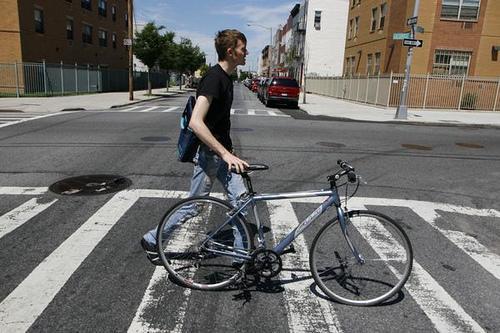 Remember that if cyclists do not cross the road correctly and have an incident on a pedestrian crossing, they may be held responsible and for any damage caused to another party. 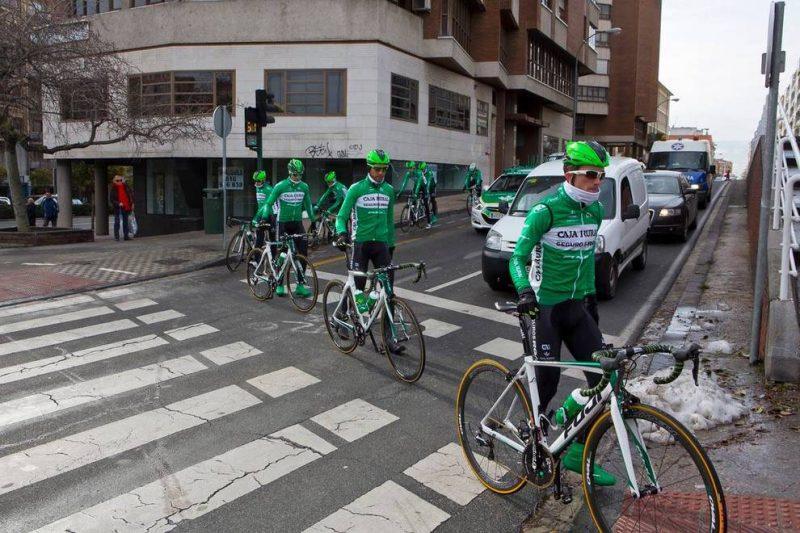 B) when they are in the vicinity of a motor vehicle making a legal turn left or right onto another road. 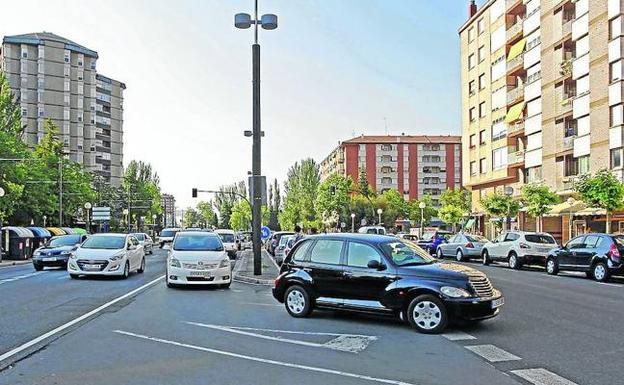 C) when they are riding in a group, the first of which has started a crossing or entered a roundabout. 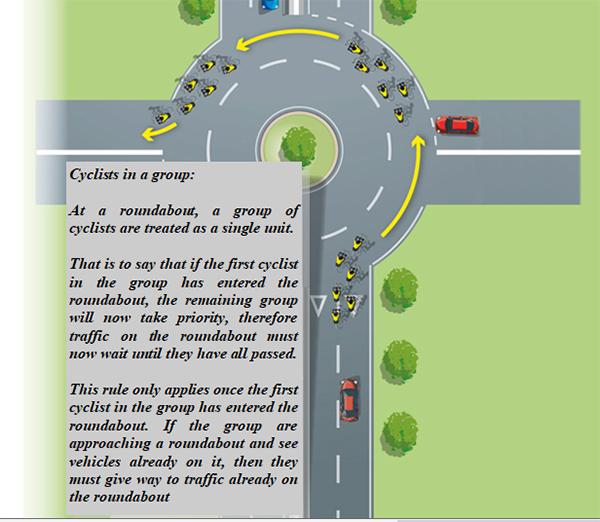 At a roundabout, a group of cyclists are treated as a single unit. That is to say that if the first cyclist in the group has entered the roundabout, the remaining group will now take priority, therefore traffic on the roundabout must now wait until they have all passed.

However, this rule is on the assumption that the first cyclist has already entered the roundabout. If the group are approaching a roundabout and see vehicles already on it, then they must give way to traffic already on the roundabout, in the same way as if they were a single cycle, or a car, for example.

It is only when the first cyclist in the group has already entered the roundabout that the rest can then follow.

In other cases the general rules concerning priority between vehicles apply.

SECTION 3 RULES OF CONDUCT OF DRIVERS WITH REGARD TO CYCLISTS, PEDESTRIANS AND ANIMALS

Home » SECTION II ABOUT THE MOVEMENT OF VEHICLES » CHAPTER III PASSAGE PRIORITY » SECTION 3 RULES OF CONDUCT OF DRIVERS WITH REGARD TO CYCLISTS, PEDESTRIANS AND ANIMALS » Article 64 General rules and priority for passing cyclists
a
← Article 63 Steep stretches of road ← Article 65 Priority of drivers over pedestrians
Manage Cookie Consent
To provide the best experiences, we use technologies like cookies to store and/or access device information. Personal data will be used for personalization of ads and that cookies may be used for personalized and non-personalized advertising. Consenting to these technologies will allow us to process data such as browsing behaviour or unique IDs on this site. Not consenting or withdrawing consent, may adversely affect certain features and functions.