1. The load must not protrude from the vehicle’s floor, except in the cases and/or conditions specified in the following sections. Where a vehicle is pulled by an animal then the shafts of the vehicle may protrude forward but must not exceed the vehicle’s width nor protrude beyond the head of the draft animal closest to the vehicle. 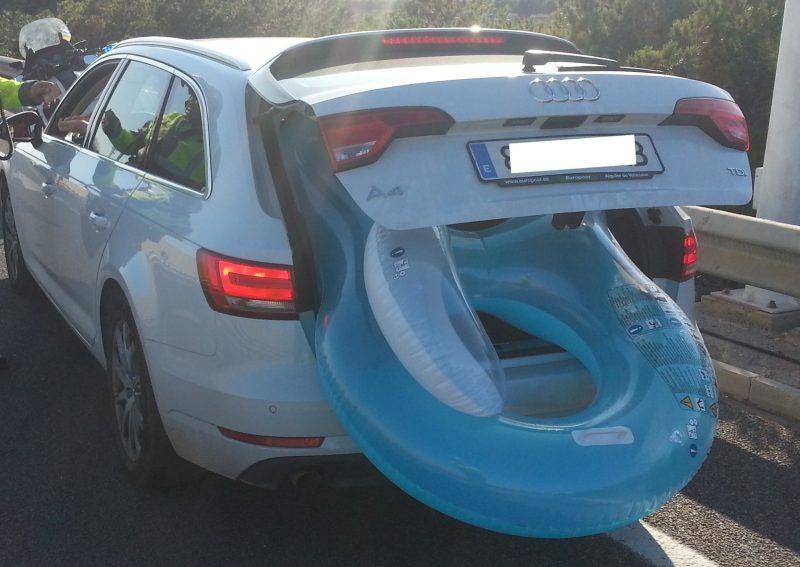 2. In the case of vehicles intended exclusively for the transport of goods and cargo, and where the load is indivisible, then provided that the recommended storage and transport conditions are met the following may protrude:

A. Beams, posts, tubes, pipes or other loads of indivisible length:

(2) On vehicles with a length equal to or less than five metres by no more than one-third the length of the vehicle at each the front and rear end.

B. In the event that the smallest dimension of the indivisible load is greater than the width of the vehicle, the load may protrude up to 0.40 metres per side provided that the total width does not exceed 2.55 metres. 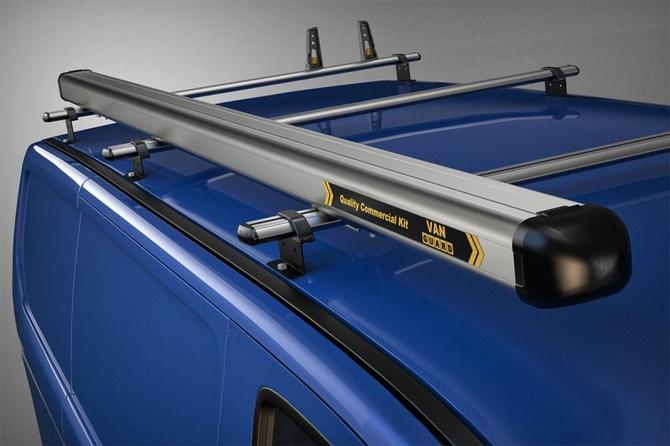 Remember that a saloon car is not a vehicle dedicated to the transport of goods, so the cargo cannot project laterally.

An infraction that is committed often when a bicycle is transported on the back of a vehicle is that one of the wheels isn’t removed, which causes the bike to protrude both sides of the vehicle, which is prohibited. As well as not taking into account that many models of bicycle carriers hide both the licence plate and the lights of the vehicle, so we must acquire an extra licence plate. Finally, bear in mind that when the load protrudes from the rear, you must use the V-20 sign.

Indivisible load; that which cannot be divided into two or more loads for transportation.

3. For all other vehicles not intended exclusively for the transport of goods and cargo, the load may protrude from the rear only up to 10 percent of the vehicle’s length, and if it is indivisible by up to 15 percent. 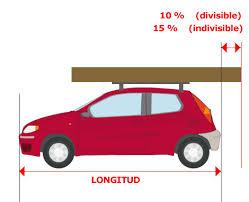 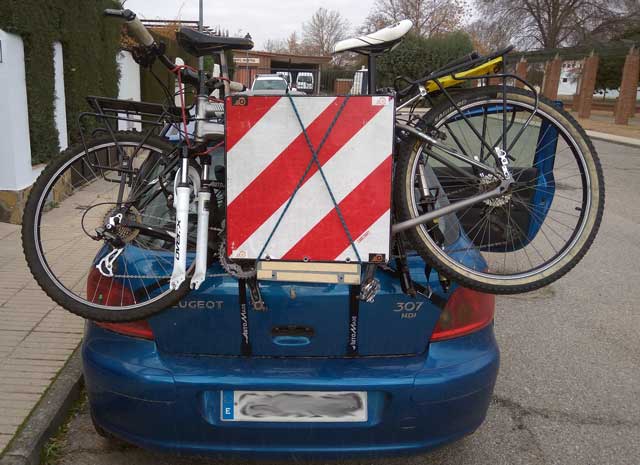 Overhanging the front is not permitted on passenger vehicles.

This applies to motorcycles that can carry panniers or cases on both sides taking into account that they cannot project more than 50cm each from their longitudinal axis.

5. When carrying a load that protrudes out from the vehicle’s dimensions, and only within the limits set in the previous sections, all appropriate precautions must be taken to avoid damage or danger to other road users, and safeguards should be put in place to minimise damage in the event of a possible collision or contact with another vehicle or object.

6. In all cases of loads protruding from the back of the vehicle as referred to in sections 2 and 3, warning signs must be put in place by means of the V-20 sign referred to in Article 173 and whose characteristics are set out in Annex XI of the General Vehicle Regulations. This sign should be fixed to the rear end of the load so that it remains perpendicular to the vehicle’s axis. When the load protrudes from the back of the vehicle and along its entire width then two v-20 signs must be fixed at the rear end of the load, one on each end of the load’s width, in such a way that they form an inverted “V”.

The V-20 sign is made of aluminium but other durable materials are acceptable. 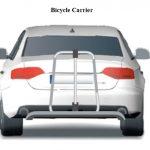 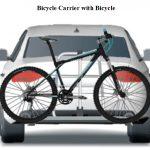 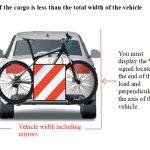 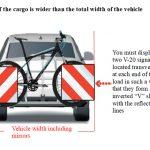 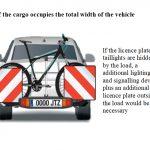 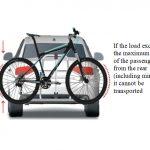 7. Loads that protrude beyond the side of the vehicle and its side clearance lights, such that the load’s edge projects more than 0.40 metres from the either front or rear side clearance light, and where such loads are transported during the night, or under weather and/or environmental conditions that significantly reduce visibility, then warning signs must be placed on both sides of the load which will include a white light and a white reflective surface towards the front plus a red light and a red reflective surface towards the rear.

8. Vehicles and loads that are circulating under special authorisation must meet the provisions set out in that authorisation.

SECTION 2 TRANSPORT OF MERCHANDISE AND GOODS

Home » SECTION I GENERAL RULES OF DRIVING BEHAVIOUR » CHAPTER II VEHICLE LOADING AND TRANSPORT OF PEOPLE, GOODS OR OTHER ITEMS » SECTION 2 TRANSPORT OF MERCHANDISE AND GOODS » Article 15 Dimensions of the load
a
← Article 14 Arrangement of the load ← Article 16 Loading and unloading
Manage Cookie Consent
To provide the best experiences, we use technologies like cookies to store and/or access device information. Personal data will be used for personalization of ads and that cookies may be used for personalized and non-personalized advertising. Consenting to these technologies will allow us to process data such as browsing behaviour or unique IDs on this site. Not consenting or withdrawing consent, may adversely affect certain features and functions.

Our partners will collect data and use cookies for ad personalization and measurement.
For information on how Google uses your information, you can click here.